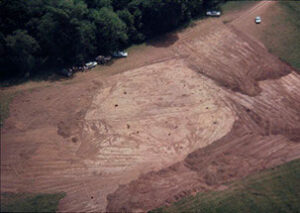 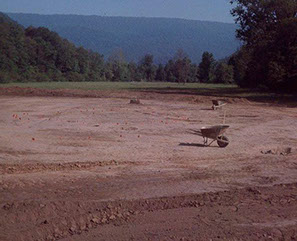 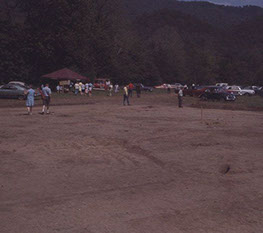 During the construction of Interstate 77, plans were made to re-channel Wolf Creek to make room for the Bastian, Virginia exit. During this process local resident Wayne Richardson contacted the then State Archeologist Howard MacCord about his suspicions of an Indian village site that would be disturbed by the construction of the interstate.

In May 1970, Howard MacCord led the excavation of the site. The construction of the interstate was stopped for a very brief time to complete the dig. It was the first official state recognized archeology site (State # 44BD1) in Bland County and named for Brown Johnston who owned the farm the site was located on.  The site gives a glimpse of a story of a people and their way of life long ago.

In 1992, the community never forgot the memory of a village that had once stood in Bland County. Under the direction of George Schaeffer and members of the Bland County Historical Society a plan was implemented to create a museum dedicated to the history of the first Native American people who called the mountains of Bland County home.

Funding was secured, community joined in and the village came back to life. In 1996, the re-creation of the village, based upon the archeology report, opened to the public.

In October 1998, the conventional museum building opened. In 2014, the County of Bland assumed operations of the museum & continues to rebuild the village.

In its history, Wolf Creek Indian Village & Museum has hosted visitors from just about every country and all 50 states. Thousands of school age children have learned about First People history of the mountains and of the state of Virginia at Wolf Creek.